Featured on the Cover of Super Lawyers Rising Stars
Selected as:

Send Us a Message

AARON P. MCALLISTER is a trial lawyer. He is the founder of the Law Offices of Aaron P. McAllister. Mr. McAllister is a highly skilled litigator with substantial experience in federal and state courts. Moreover, Mr. McAllister is a rare trial attorney in light of the fact that he has experience in the areas of both civil (plaintiff’s side and defense’s side) and criminal litigation, as well as experience as both a criminal defense attorney and as a prosecutor. Mr. McAllister’s unique experience makes him highly effective at predicting and identifying the arguments and theories that the prosecution will most likely raise, and developing a defense to rebut the prosecutor’s position. Mr. McAllister has litigated various high profile cases and has represented various high profile and high-worth companies. Mr. McAllister counsels his clients throughout the entire case and zealously advocates for his client throughout settlement or trial.

In addition to his criminal defense experience at the DC PDS, Mr. McAllister has experience as a deputy prosecutor in California at the Inglewood City Attorney’s office. As preparation to serve as a deputy prosecutor, Mr. McAllister participated in a five-week trial training course in which he played the role of prosecutor in numerous mock criminal trials; such training covered the pre-trial conference, jury selection, opening statements, direct and cross-examination of witnesses, motions to dismiss, jury instructions, closing arguments, and sentencing. After demonstrating the ability to successfully prosecute criminal cases, Mr. McAllister served as a prosecutor at the Inglewood City Attorney’s office through the Trial Advocacy Project.

Mr. McAllister received his Juris Doctor from Howard University School of Law in 2009 and was admitted to the California Bar that same year. At Howard, he was a member/senior editor of the Howard Law Journal and a member of Sigma Delta Tau Legal Fraternity, Inc. Mr. McAllister also earned a merit scholarship, as well as an American Jurisprudence Award for achieving the highest grade in Evidence. Mr. McAllister received his undergraduate degree in Economics from the University of California, Irvine (UCI) in 2006. While at UCI, Mr. McAllister was a member of the Track & Field team (triple jump and long jump), where he earned consecutive scholar athlete awards from Fall 2004 to May 2006.

Prior to founding the Law Offices of Aaron McAllister, Mr. McAllister was associated with White & Case LLP in Washington, D.C. While at White & Case, Mr. McAllister represented a large corporation and several of its affiliates in antitrust class actions in federal, state, and international courts. Mr. McAlister prepared clients to testify at depositions, defended clients during depositions, and assisted in preparing for and taking depositions. Mr. McAllister also researched and drafted various case filings, including motions to dismiss, answers to complaints, and objections to discovery requests. Furthermore, Mr. McAllister participated in all phases of discovery and document production and review, including supervising staff attorneys and paralegals. Mr. McAllister received a merit-based bonus selectively given to high achieving associates for valuable contributions to the firm. In addition, Mr. McAllister served pro bono clients in family law cases on behalf of the firm, including adoption and guardianship matters. Mr. McAllister successfully represented a birth grandmother in an adoption trial such that the Judge awarded the birth grandmother custody of her three-year old granddaughter. Mr. McAllister also successfully represented a birth mother in a motion for contempt hearing such that the Judge dismissed the motion and the client was not incarcerated. Notably, Mr. McAllister received a pro bono award for exceptional advocacy, and was featured in an article for his outstanding representation. 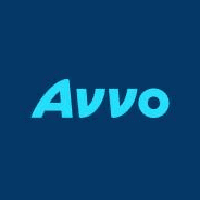 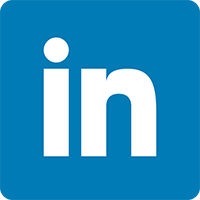 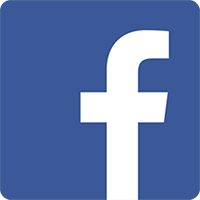